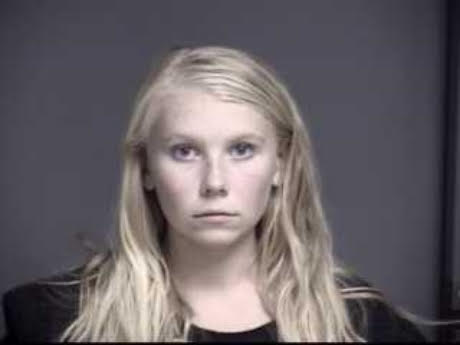 On behalf of The Associated Press, Janice will be covering highlights of Greater Cincinnati’s most-publicized murder case: the trial of Brooke “Skylar” Richardson, 20, who is accused of killing her infant and burying the baby in her back yard two years ago.

Richardson learned she was pregnant in late April 2017, when she went to her first-ever gynecological visit. But Richardson kept the pregnancy secret until that July, when she returned to the doctor for a follow-up visit and told him that the baby was dead. The doctor alerted authorities; Richardson led them to the spot where she buried the baby.

Richardson, then 18, told her lawyers that she gave birth to a stillborn infant on May 7, 2017, two days after her senior prom at Carlisle High School. But prosecutors allege that Richardson purposely killed the infant.

Richardson could spend the rest of her life in prison if convicted of aggravated murder. She also faces four other felony charges: involuntary manslaughter, endangering children, tampering with evidence and abuse of a corpse.

The trial started on Sept. 3 in Warren County Common Pleas Court, Lebanon, Ohio, and could last up to three weeks.

The case has attracted national publicity, including a feature article in Cosmopolitan magazine (hyperlink:  https://www.cosmopolitan.com/politics/a19043190/brooke-skylar-richardson-homicide-trial/ ) and also has drawn attention from British tabloids. (hyperlink: https://www.dailymail.co.uk/news/article-7375541/Murder-trial-set-Ohio-cheerleader-charged-bashing-newborn-babys-skull-burying-her.html )